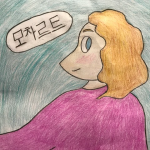 aka Wolfie or Olive

This user is currently blocked. The latest block log entry is provided below for reference:

Note: Things that are underlined bother me more.

Please do not mention any of these things in my presence, even jokingly. I actually find these things disturbing.

Things that make me uncomfortable

While things don't bother me nearly as much as triggers, they still give me anxiety. A brief mention is fine, but please don't go into any detail.

These things aren't offensive or disturbing to me; I just think they're annoying. But if you like these things I will still respect your opinion.

On other sites and games

You can find this user on DeviantArt at amadeus1928.

Retrieved from "https://random-ness.fandom.com/wiki/User:Mozart999?oldid=501777"
Community content is available under CC-BY-SA unless otherwise noted.